THE POWER OF LOVE

A devastated king and queen must end the search for their lost child.  From his turreted castle on a high hill, the king copes by playing his lament for the whole village to hear.  People come from far and wide to witness his emotional performances on the pianoforte.

Though the sound is profound for everyone, it’s magical for one young pauper.  Jorge doesn’t just hear it, he sees the crochet, clefts, and minions as they fall from the sky.  As he grows, so does the lure of the mystical music, which buries itself deep in his soul.

Unable to resist any longer, Jorge and his betrothed make a trip to the palace to watch the king play.  What he discovers there will change his life forever.

This is a fairy tale to delight modern readers. 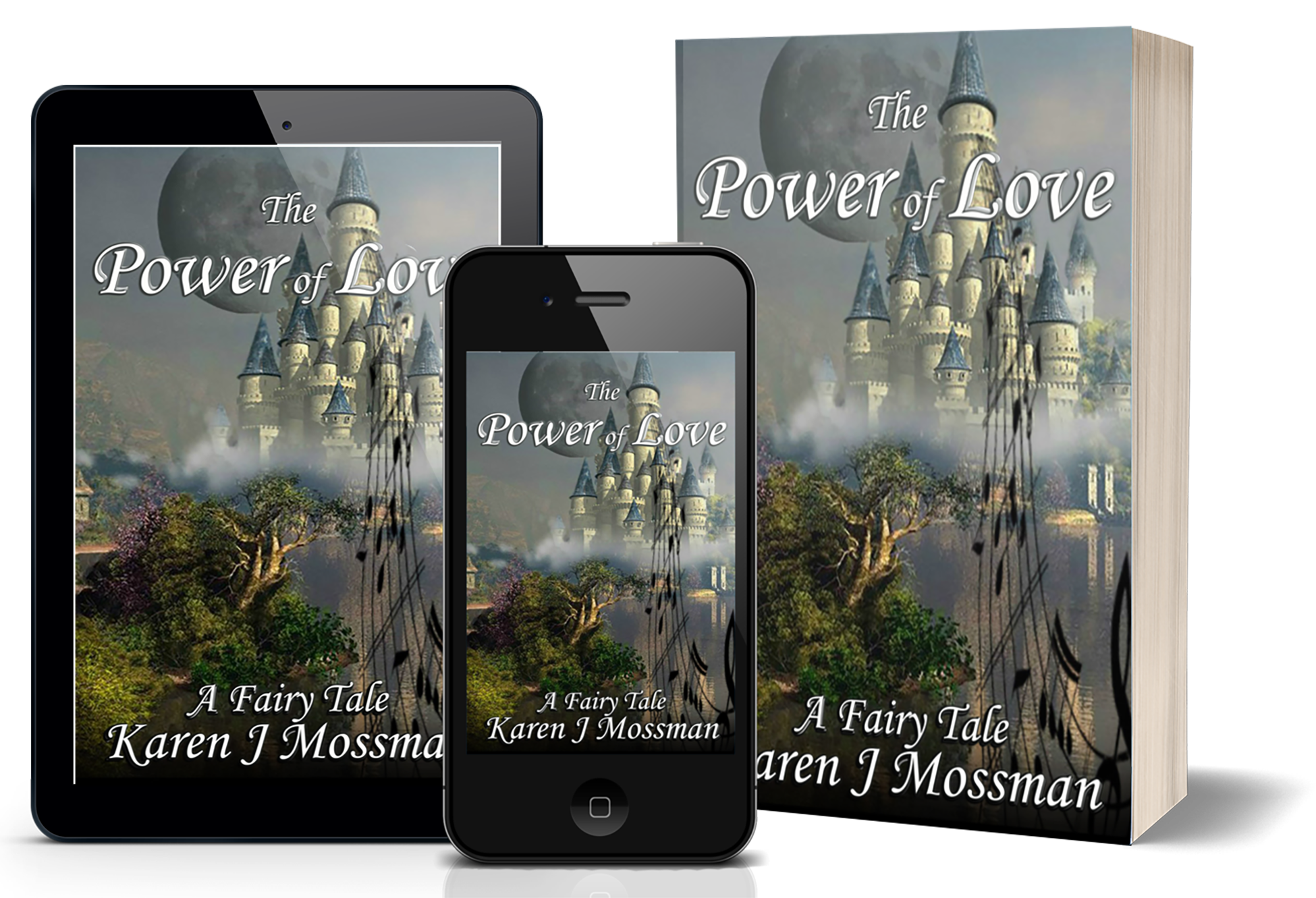 This story is the first time I’ve written a fairy tale, so I drew on my experience of the magical ones I read as a child.

People came across as innocent in those times, yet they still held their secrets. I’ve included one that will change everything for Jorge, my protagonist, while also maintaining the magic that all fairy tales have.  The castles particularly inspired me, as did the characters like Rapunzel, who dropped her hair out of the window so her Prince could save her. Castles with tall turrets, such as the one depicted on the cover, featured in many stories.

One day, Jorge was at home in the village where he lived with his parents when music filled the air. He dashed to the window to see the musical notes raining down.

“They are beautiful, Mama,” he sighed as they hit the ground, split apart, and vanished.

“What are?” his mother asked, investigating what he was looking at. She was a pretty woman with an abundance of dark hair, kept calm with a ribbon woven through it.

“The music, Mama. Can you not see it?” Jorge pointed with his finger as he looked earnestly at her.

His mother looked at her husband, who was standing very still. Her eyes were fearful, knowing her son was a special boy but not wanting him to appear different to the other children in the village.  “No, I don’t see anything.”

That was the moment Jorge’s parents realised just how special he was.

“Son…” The older man sat next to him and placed his hand on the boy’s shoulder. He was a robust in stature with a solid torso and short legs, so different from his son. “You must never speak of this to anyone.”

“But why?” Jorge asked. “They are so pretty, and the music is so special. It’s the king playing, isn’t it?”

Again, his parents looked at one another.

“Yes, dear,” replied his mother. “When the king, who lives in the castle, plays music on his pianoforte, everyone in the land can hear it.”

But only you,” continued his father, “can see it.” The boy’s eyes grew wide. “Only me?”

“Yes. That makes you even more special than you already are,” his mother said, her gaze firmly locked with her husband’s.

“Why am I special?” Jorge wondered.  He didn’t understand what made him different from everyone else.

“Because you are our son. That makes you special. However, you must never speak of this to anybody, not even Josie. Do you understand?”

Jorge nodded, although he already knew he would tell Josie. “But why, Papa?” he questioned.

“It’s our secret. When you’re older, we will tell you why it has to be this way.”

He saw his mother’s eyes fill with tears and rested his hand on hers. “It’s all right, Mama. Please don’t cry.”

“I know.  I just love you very much and never want to lose you,” she said, dabbing her eyes with the hem of her dress.

“Whatever it is, it will not take me from you,” Jorge vowed.

The boy didn’t know what he said to make his mother gasp and cry harder, but he knew he’d been the cause of her reaction.  He was baffled as to why only he could see the music and why it needed to remain a secret.  In the end, he decided adults were sometimes strange people.

“One day, you will understand,” his father promised. “But, for now, say nothing of this.”

“All right,” he agreed, not really sure what was going on.

His mother rose to her feet. “Everything will be all right. Just remember our secret.”

Jorge never forgot the hurt his questions caused his parents and never spoke to them of what he saw again.

It's a good method for meeting new authors and deciding from just a few dozen pages how you might feel about a longer novel.

“…Imagine if a beautiful sound can be heard from the castle on a regular basis, but no one knows exactly why… and then, a young boy suddenly begins seeing the musical notes floating around him. What could it mean? His family is very afraid that he’ll tell others what he sees, so they insist he must keep it quiet. Unfortunately, he tells another little girl, his best friend in the whole world. Things get a little sticky from there, and when he must visit the king’s castle, what could possibly happen? Great lessons, classic fairy tale feels, magic and royalty in abundance…“
^

The power of love brings home a lost prince

“…Written as a short story it is as breath taking as The Smallest Dragon Boy by Anne McCaffrey, and like that story the reader wants to know the rest of the story. What a wondrous give for so little…“

I like fairy tales. I love magic. Therefore, I greatly enjoyed this short story.

Everyone who knows me, both as a reader and a writer, knows I prefer more lengthy works. I like details and intricacies. However, I felt Karen J. Mossman pretty much nailed this one. It wasn’t too short, nor too long – it was perfect. The three bears would be proud (yep, hanging with the theme LOL).

There are idyllic features true to all fairy tales – a king and queen, beautiful turreted castle, a dark secret, an irresistible call… There are interesting twists I didn’t expect. Though I wanted to delve deeper into the characters’ back stories, this was well-paced and entertaining. I remained engaged from cover to cover and was moved by the relationships depicted.

This is a fun read, which I definitely recommend.“