IN MEMORY OF MICHELLE

A haunting camping trip from the Twilight Zone.

All he wants is to fish along the mighty Missouri River. Instead of relaxation, he discovers an unknown species lurking in the dark waters.

As fear turns to familiarity, he strives to learn their ways… until disaster strikes. Now, it’s up to him to save them.

Will he be able to rescue them in time, or will they be lost to mankind forever? 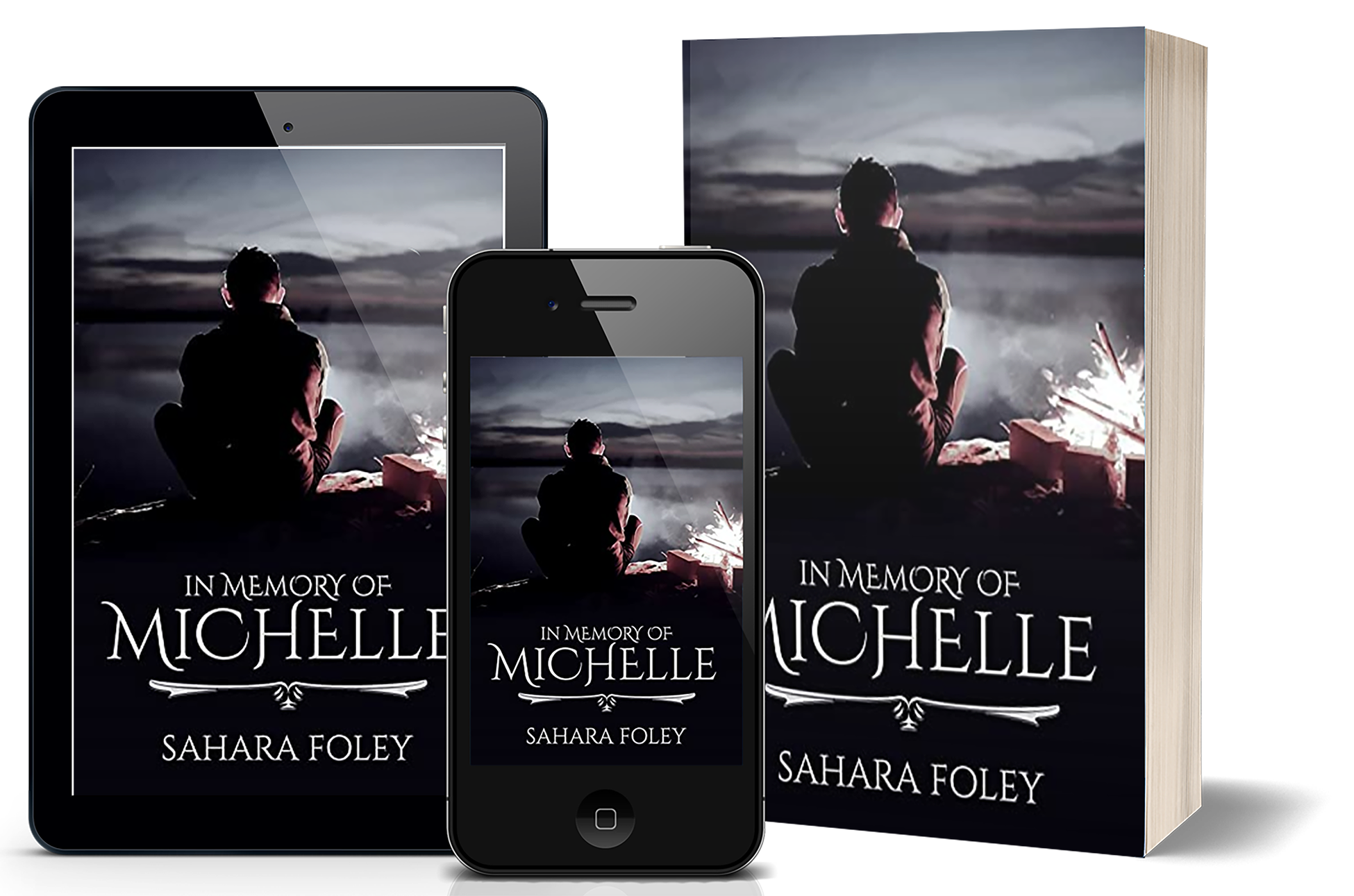 Fans of Stephen King and Dean Koontz will enjoy this short, supernatural tale.

I am thirty years old and work at the new University of Nebraska’s Omaha Campus.  I am a qualified biologist, but my job description classifies me as a Teaching Assistant, and ever since moving to the city from my home state of Arizona, I have been enthralled by the meandering, majestic river that flows past Omaha – The great Missouri River.

This being the case, on my first vacation, and lacking adequate funds to do naught else, I embarked upon a two-week camping trip along this fascination of mine.  I hired a friend’s father, who drove a beer wagon, and had him deposit me south of the railroad bridge that crossed the wide river.  He was to return in two weeks’ time to collect me.

After scouting the nearby area, I found a flat, dry place to pitch my tent.  Once it was constructed, I commenced with building a fire and then, settled down to eat my homemade roast beef sandwich.  As I took the last savory bite, I threw the waxed paper into the flickering flames and leaned back against a fallen log.  Tired and contented, I fell asleep to the sound of a hooting owl and the scent of wood smoke in the air.

Suddenly, I was flung out of my slumber by an ear-piercing screech. A loud, ground-shaking rumble made me fear it was the end of the world.  Luckily, it turned out to be a heavily loaded train racing into the city.  After a sleepless night, I decided the area near the rail bridge was not conducive to rest and relaxation.

The first pink and orange strands of dawn found me walking in search of a quieter place in which to spend my weeks.  The land along the river was a vast, expansive area of thick trees with occasional thickets of bramble or bogs.  Searching the terrain took me several hours before I found a spot where I was sure those never-ending trains would not bother me.  Having found a place, moving all my equipment took me most of the remaining daylight hours.

I had plenty of gear and had not foreseen the necessity to carry everything two miles from where I had been originally deposited.  It was a long, sweaty, and tiring day for me.  However, the end result was worth the effort, and I surveyed my primitive castle in the virgin wilderness with satisfaction.

My second evening was more restful and peaceful.  The dratted trains were only an occasional far-off rumble or a faintly heard steam whistle.

During my two weeks at camp, I never saw or heard a single human being.  I was completely alone, by my own choosing, and relished every moment of it.  No more students with excuses and failing grades.  Or endless faculty meetings.

Yes, as I said, I never saw one human being.  However, what I did discover was more awe-inspiring than any number of people could have evoked.  It began my fourth day on the river, around dusk – that’s when I first glimpsed him, though he did not see me as I sat in a tree.

“An interesting paranormal thriller, a young man in 1918 went on a camping trip outside of town. What he found was a memory that haunted him through the rest of his life. His haphazard meeting with Michelle, showed him the nature of trade. Its an interesting story about cryptid creatures and their mysterious nature.“
^

A Delightful And Haunting Tale

“I really enjoyed this story story. It offered a lot in only a few pages – mystery, paranormal intrigue, and emotion. There was nothing predictable about it, and I thought about the characters long after I read it. Without giving anything away, I struggled between wanting to know more and being thankful I knew less. LOL
If you love supernatural sci-fi books, you will want to pick this one up. You won’t be disappointed!“

“In Memory of Michelle by Sahara Foley is a paranormal historical short story revolving around an early 20th-century narrator and a camping trip. The story is written in a first-person conversational style. It begins with a brief explanation of the teller’s reason for them camping primitively in a secluded and untouched patch along the Missouri River, having long been fascinated by its beauty. A few days after settling in for a two-week sojourn, the camper witnesses an entirely new life form while fishing in the river. What they see is neither human nor animal known to man, but rather some hybrid, river-dwelling form of the two. The narrator describes their observation and eventual interaction with the beings in perfect, heartbreaking clarity.

I wasn’t sure what to expect going into In Memory of Michelle, but my goodness, am I glad I picked up this tale by Sahara Foley. Simply told and haunting in its descriptions, as a reader, I was left to ponder whether or not the “advancement” of infrastructure, tech, and the claiming of land out of unnecessary convenience is worth the toll. This may or may not be the moral of the story, but one cannot deny that contemplating this encroachment into what was once an untamed landscape is impossible to avoid. I haven’t been choked up by a short story in a very, very long time. Foley took me there. Her words cut deeper than barbed wire, and having a family of unknowns who resemble humans in a small way does the job of showing a reader the inhumanity to which we all, in one way or another, contribute. This is a wonderful little tale, and I am so glad to have read it.”