Which is more important – financial security or sharing your life with the man you love?

I just wanted to send you a friendly warning. No, not a threat. Not a leave my husband alone. Because if you want him still, he’s yours. But I would say that no amount of money is worth what Jeremy will put you through. Find someone who will share a dessert with you and not make you wish you had ordered one yourself. ~ Caitlin Chase

Ginger never dreamed of becoming a mistress. What little girl does? But the lies trapped her before she recognized them, and her heart was already his.

Orphaned by a fatal house fire, Ginger was imprisoned with a controlling foster mother. Over time, she found love, but it seemed it wasn’t meant to last. Outcast, she was forced to flee.

A path of discovery led Ginger to employment in a strip club and the bed of Jeremy Whittaker. Finding herself caught between realities, she must figure out who she is, and where she belongs before it’s too late.

This story blends a mature coming-of-age tale with a contemporary romance.  It is a powerful drama of self-discovery and realistic relationships.

Each book in this Women’s Fiction collection can be read as a stand-alone novel. 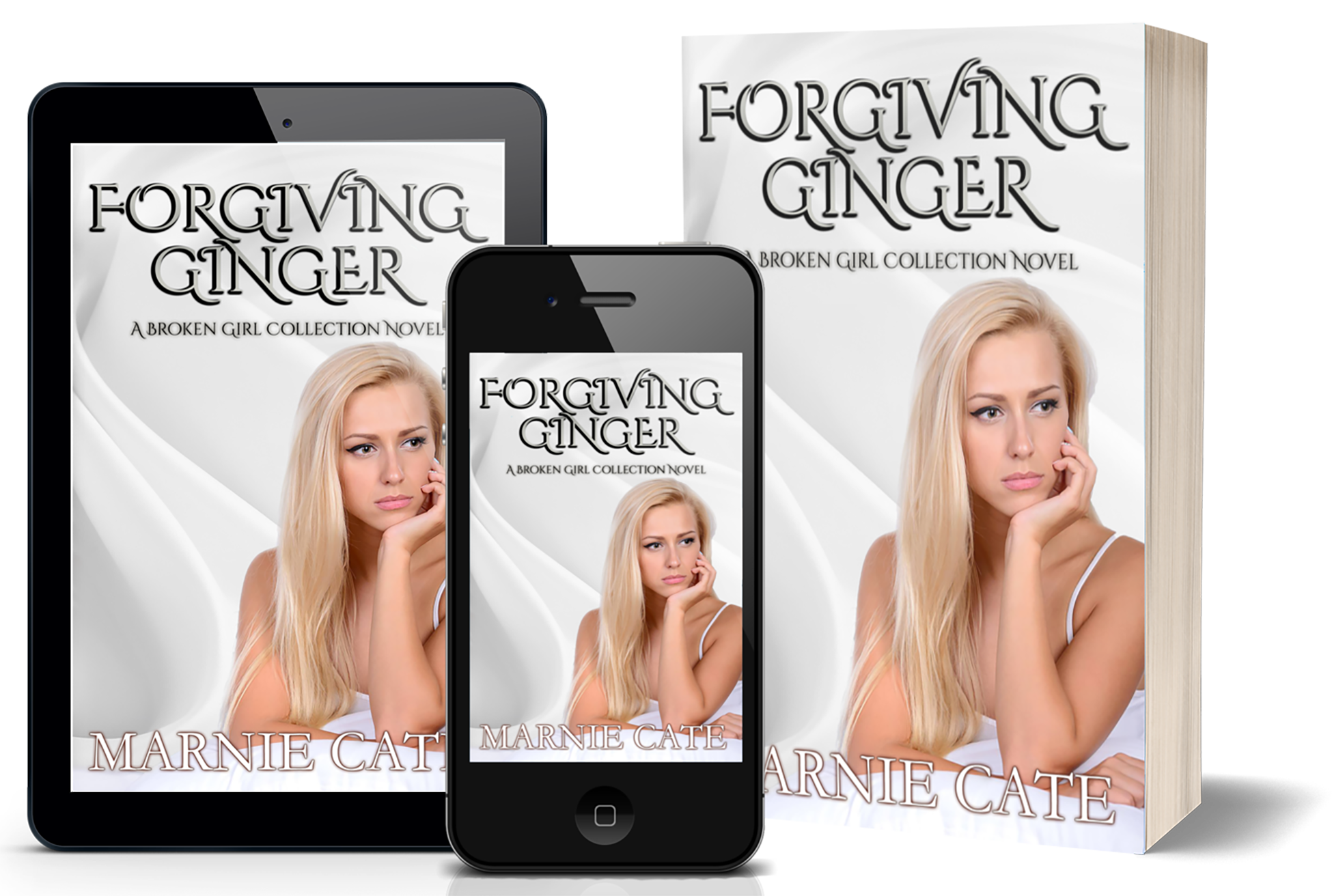 The point of this book is to not only depict the ways in which we can be broken but also the availability of healing. You don’t have to stay imprisoned by your mistakes, in servitude to your choices, or under the cloud of your trials.  We all have the ability to push beyond where we have been and who we once were.

Find your strength and realize your worth.  Then, and only then, will you be able to forgive and grow.

Remember, you are not alone.  And, I believe you.

“People are still people no matter how you cut it.”

I jumped in surprise at the loud knock on the door.  I checked the time on my phone. Jeremy was way too early.  Frustration filled me. I had wanted to look perfect.  Everything had to be just right.  I didn’t know how he would take the news.

Jeremy pounded harder on the door.

Sighing, I threw my hair in a messy bun and threw on my robe.   He’s going to be pissed before you even open the door, I thought bitterly.  Suddenly, an idea came to mind and I untied the string on my wrap, exposing the black lacy underwear and pushup bra I wore.

With a deep breath, I put on a brilliant smile and flung open the door.  “Sorry, babe. I —”

Instead of my blonde hair, blue-eyed boyfriend, I found a middle-aged Korean man.  He beamed at me.

“Eek,” I squealed and slammed the door.

“Miss, you need to sign.” The man frantically knocked as he called through the door. “Please, miss.”

Covering myself, I cracked the door open.  “I’m not interested in buying anything.”

“Delivery. Sign here.” The persistent man shoved a clipboard through the crack, waving a thick envelope in his other hand.

Relenting, I signed the paper and handed it back.  Then, he slipped the document through the opening. When I took it, he scurried off.

We have not been formally introduced.  You may know me as the crazy bitch you’ve heard so many wonderful things about. And, when you realize I have been your friend and confidant for the last few months, I know you won’t believe me when I tell you I am, in fact, quite sane. I promise you I have no violent episodes or rages.  I have just been in a loveless marriage with a cheater for a very long time.

Do you know what Jeremy does if you confront him about cheating?  He throws you away. He cuts off all your money.  He isn’t getting rid of you completely. That would look bad to the outside world.  No, he just wants to remind you who is in control.

He set the stage for this punishment by insisting, early in the relationship, you don’t need to have a job.  He needs you to be there for him anytime he wants you. Do you know, even as a married woman with no prenuptial agreement, I had to live with my mother for two months until I was willing to apologize to him for his indiscretions?

I never planned on being your friend when I dressed up as Justice.  I just wanted to know the truth about my husband and the girl in the picture.  You were not what I expected. Instead of a homewrecker, I met a sweet woman who will be a wonderful mom soon.  You and your child deserve better than Jeremy Whittaker.

I know what I am giving you is not enough to set you up for the rest of your life, but I want you to take it.  I can’t force you to stay away from Jeremy and start again.  However, I encourage you to have a life with someone who loves you and makes you feel proud of yourself.  Not a life of Jeremy’s domination and second thoughts.

The pictures I sent you were just a taste of my dear husband’s flings.  You received a few months’ worth.  Imagine the album I could put together of all of his affairs.

While you were wearing my dress, I was hosting a women’s luncheon on domestic violence.  How ironic is that? But those are memories that should be buried and forgotten.  Looking back when I am old and grey, I don’t want to think I stayed around to be treated like I was nothing.

From your pregnancy, it is apparent Jeremy has become a little sloppy about practicing safe sex.   As of today, I can confirm he has not passed on any STDs to me. Today. Let’s hope that stays true.

This letter has become a little more preachy than I hoped.  I just wanted to send you a friendly warning.  No, not a threat. Not a leave my husband alone.  Because if you want him still, he’s yours.  But I would say that no amount of money is worth what Jeremy will put you through. Find someone who will share a dessert with you and not make you wish you had ordered one yourself.

I wish you the best, Ginger. Really.

“Oh, honey, a cheat will always be a cheat. You really should get out of that relationship,” she’d said.  “You deserve better than him.”

The image of Justice comforting me as I showed her the pictures of Jeremy with all those women formed in my head. She had really been Jeremy’s wife pretending to be my friend?

In addition to the letter, there was a stack of hundred-dollar bills.

That day, Justice – no Caitlyn – had offered me money.

She had lovingly smoothed my hair away from my face and said, “I don’t have much money, but I will give you what I have saved if it will help you get a fresh start.”

Oh god, I had told her about the baby.  Does Jeremy know?

Pain filled me as I thought about my friend.  Justice had seemed like she really cared about me. It was as if I had a sister. Someone to count on. Someone who loved me.

The last time I saw Justice, no… Caitlyn, she’d given me two thousand dollars.

“Here.  Do yourself a favor.  Get on a plane far from here.  Meet a nice man and raise your child with him.  You don’t want to be miserable for the rest of your life,” Justice had said, shoving the stack of money into my hand.

I had tried to argue, but she insisted.  I didn’t know that I would never see her again. I had set it aside with plans to return it the next time we met up.

The image of her giving me the money flashed in my mind. “Take it as a ‘thank you’. You reminded me what’s important.”  Those were the last words I would ever hear from my friend.

Once again, I had lost someone I cared about.

Maybe I am a horrible person who doesn’t deserve to be loved?   Crumpling to the floor, I began to cry.

Highly recommended for abuse victims, those who love them, and well.....anybody

“As in its prequel, Chasing Caitlyn, Marnie Cate gives us a main character who has suffered tragically from an early age and goes on to make life choices that only prolong the pain. This time, however, she is the “other woman,” who is always bad, right? Be prepared to challenge your stereotypes and open yourself to a deeper look into the dark recesses of a mind that have been buried for years.
I think what this book does most is give us courage to shine light on those hurtful places. That has the ability to heal wounds and start to love ourselves so we can be truly loved as well. That, my friends, is empowering!“
^

A must read for women and men

“This was an amazing experience. Ms. Cate had me running a gamut of emotions. I wanted to dislike Ginger but instead I loved her. Ginger could be your daughter, sister, aunt or mother. If they were orphaned and put into the system…
…Forgiving Ginger is a book all women, and those who love them, should read.“

“The Perfect Sequel to CHASING CAITLYN.

We met the jaded wife in book one. Now, we are meeting the mistress.

FORGIVING GINGER is as intense as its predecessor and just as provoking. Just as Caitlyn was searching for herself, Ginger is trying to forgive herself for missteps she has made.

Something I love about Marnie Cate is that she writes in a way that help you see the core of a character. She wants us to understand how a person would accept being in the positions Ginger finds herself. In doing so, you gain a deeper understanding and connection to the story, as well as the protagonist.

This is a work in WOMENS FICTION, but it’s definitely an enjoyable read for any gender. Though it can be considered a Contemporary Romance, this book is not romantic. It is powerful, emotional, and honest. Despite the darkness and intensity in the tale, this is an entertaining read that will captivate you from the beginning to the end!“

Other books IN THE SERIES

GO TO THE SERIES PAGE 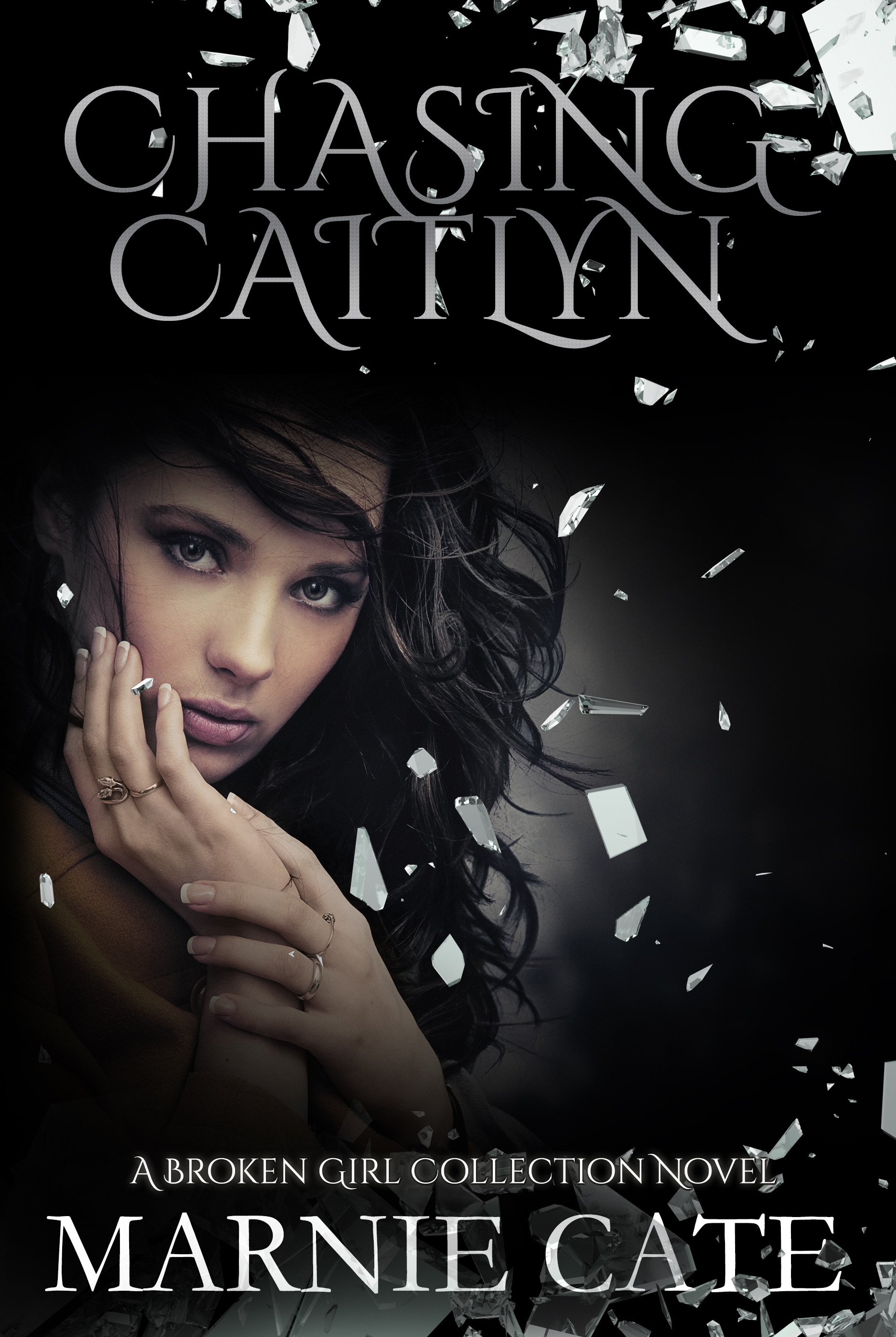 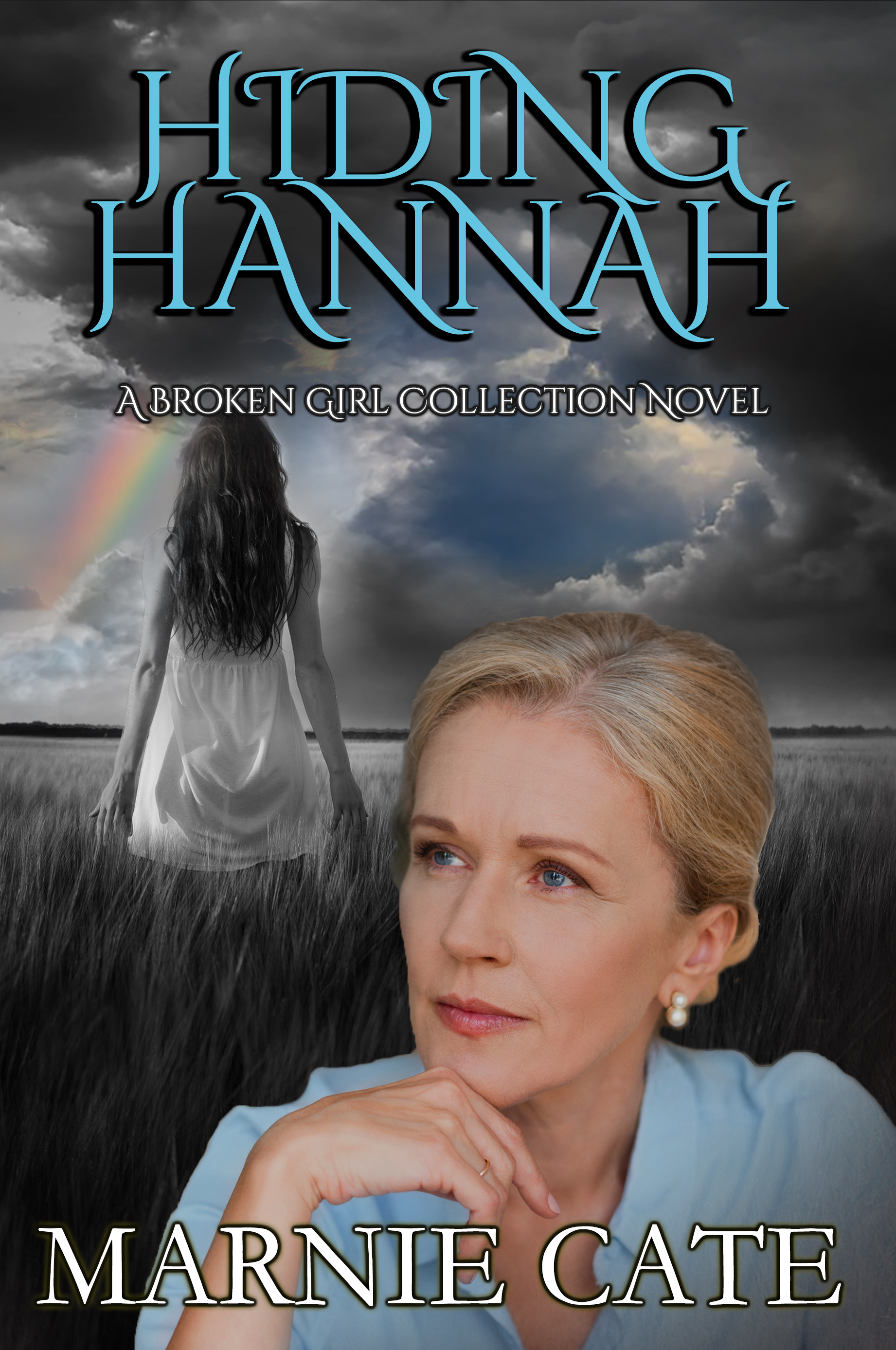