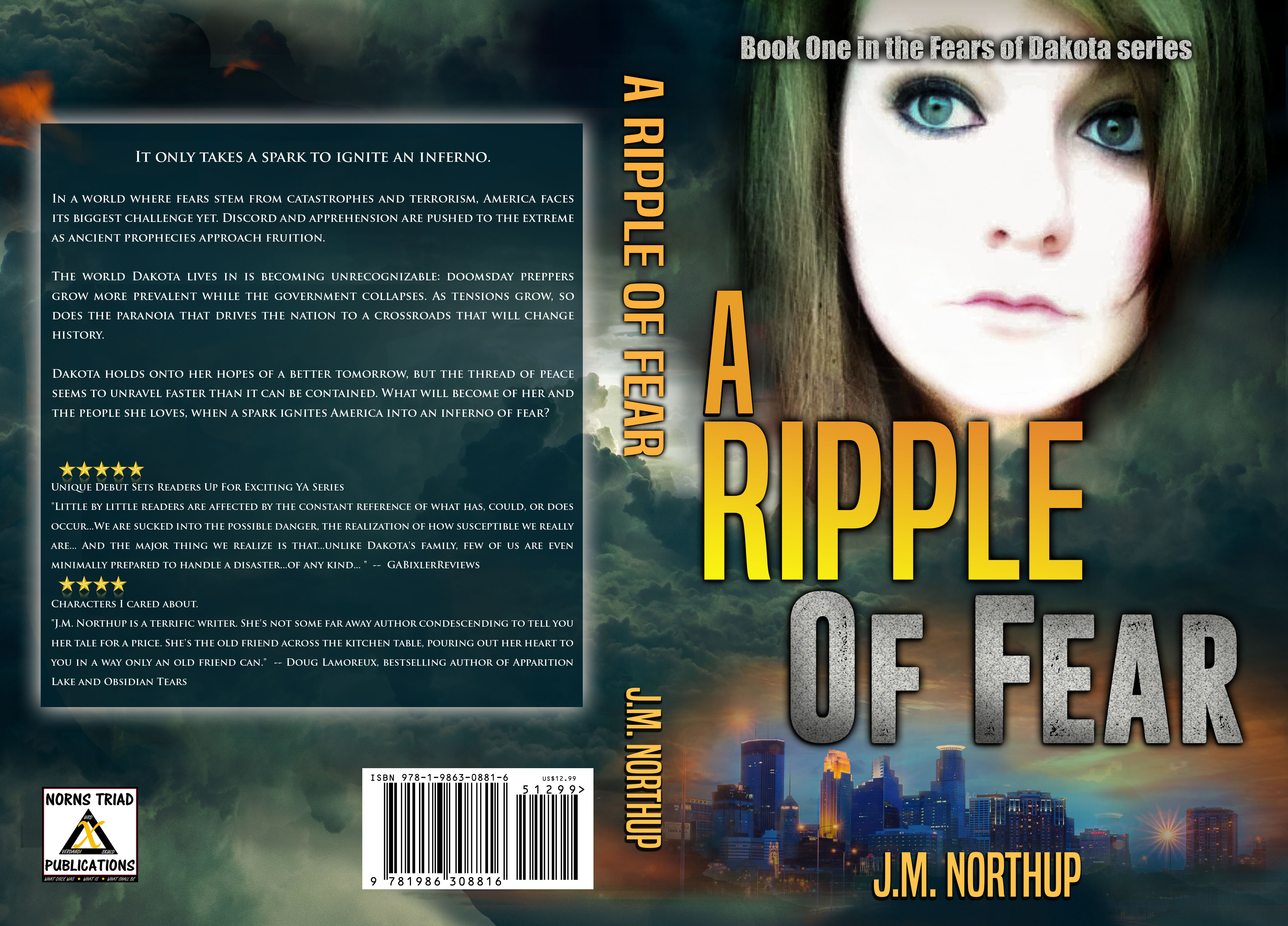 A Ripple of Fear by J.M. Northup

John Dizon‘s review
Sep 08, 2014
It was amazing
A Ripple of Fear by J.M. Northup is a coming-of-age survivalist drama featuring Dakota, a teenager in Minneapolis looking forward to enrolling in the University of Minnesota while developing her relationship with heartthrob Travis. Her sisters Georgia and Carolina are her closest friends, and her dad John is her hero and role model as an instructor in the military’s Survival, Resistance, Evasion and Escape program. It seems like the ideal American middle-class existence, before a geomagnetically induced current disaster tears her world asunder. Suddenly her family is forced into survival mode, hoping to find their way through a grim chapter of American history in this intriguing novel.

This is the series opener as presented by Northup, and she carefully sets up her storyline with endearing interaction between her major protagonists. Dakota is a history buff whose premonitions are driven by ancient Mayan doomsday prophecies. They are mirrored by eccentrics in her community who see the power crisis as a harbinger of greater disasters ahead. Friends Timothy, Jenny and Zach expand their inner circle as they are faced with the prospect of having to defend themselves against desperate neighbors and strangers alike. The audience is able to relate to the cast of characters and empathize with their plight, setting the stage for the rage to come.

Pick up a copy of A Ripple of Fear by J.M. Northup and get ready for a thrilling series that’ll keep you coming back for more.